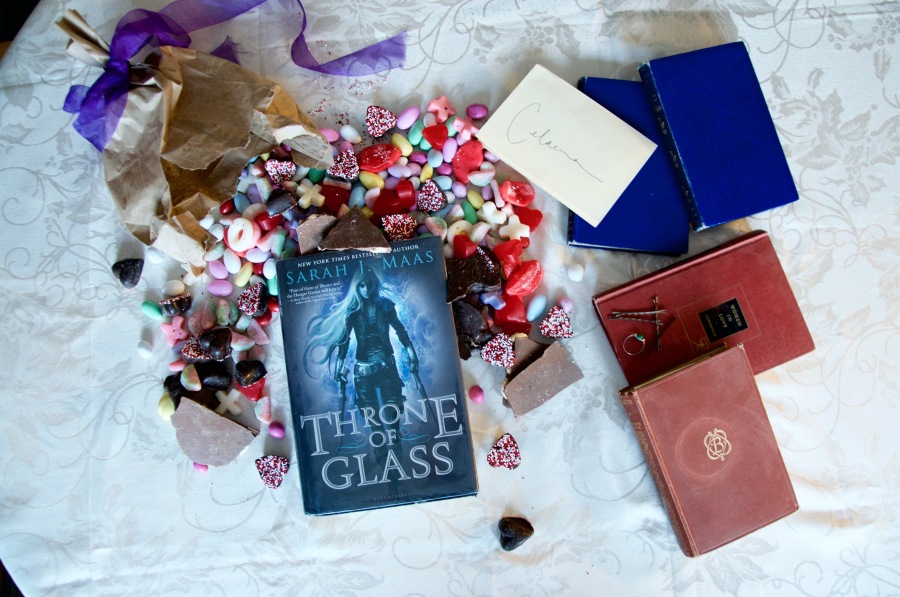 A slave in the Endovier salt mines, eighteen-year-old Celaena Sardothien is one day released by a royal guard and presented to the crown prince who invites her to participate in the King’s competition seeking a Champion. Why her? Because she was once the country’s greatest assassin. Sponsored by the womanizing and flawless Crown Prince Dorian Havilliard, trained by the also handsome though less politically refined Captain of the Royal Guard Chaol Westfall, Celaena prepares to compete against 23 men for the spot as the King’s Champion. In the midst of hiding her true identity, recuperating from a year working as a slave underground in the mines, training for her competition, and staying in the competition, Celaena must also battle a darkness that’s threatening the castle.

Sarah J. Maas creates a diverse and action-packed fantasy world and one example of that diversity is the main character, Celaena. She’s physically strong, mentally tough, and has a soft spot for the finer things in life. I’ve gathered some of my favorite scenes that demonstrate Celaena’s sometimes hilarious character.

Spoilers begin here. You have been warned.

He picked up the brown bag of candy on the table. “What’s your…” He trailed off as he weighed the bag in his hands. “Didn’t I give you three pounds of candy?”

“Was I supposed to save it?”

“I would have liked some!”

“You never told me that.”

“Because I didn’t expect you to consume all of it before breakfast!”

She snatched the bag from him and put it on the table. “Well, that just shows poor judgement on your part, doesn’t it.”

Verin picked up his sword, shaking his blond curls out of his eyes. “Let’s see what you’ve got.”

She stalked toward him, keeping her sword sheathed at her side. Verin’s grin widened as he lifted his blade.

He swung, but Celaena struck, ramming her fist into his arm, sending the blade soaring through the air . . . [Celaena soundly defeats Verin] . . . The hall was utterly silent.

“Mock me again, she spat at Verin, “and I’ll do that with my sword the next time.” She turned from him, and found Brullo’s face slack. “Here’s a lesson for you, Weapons Master,” she said, stalking past him. “Give me real men to fight. Then maybe I’ll bother trying.”

The sword, obviously, was the wiser choice–and for Chaol to offer his own weapon made her feel strangely lightheaded—but the staff . . .

Nehemia leaned in to whisper in Celaena’s ear. “Let it be with an Eyllwe weapon that you take them down.” Her voice hitched. “Let wood from the forests of Eyllwe defeat steel from Adarlan. Let the King’s Champion be someone who understands how the innocents suffer.”

“It’s not sick,” Dorian said. “It just has a foul disposition. It won’t come near anyone–human or canine.” . . . “If it won’t respond to humans, then it will have to be killed,” Dorian said offhandedly, and a spark went through Celaena.

“It won’t make a suitable pet, which is what all of these dogs will become.”