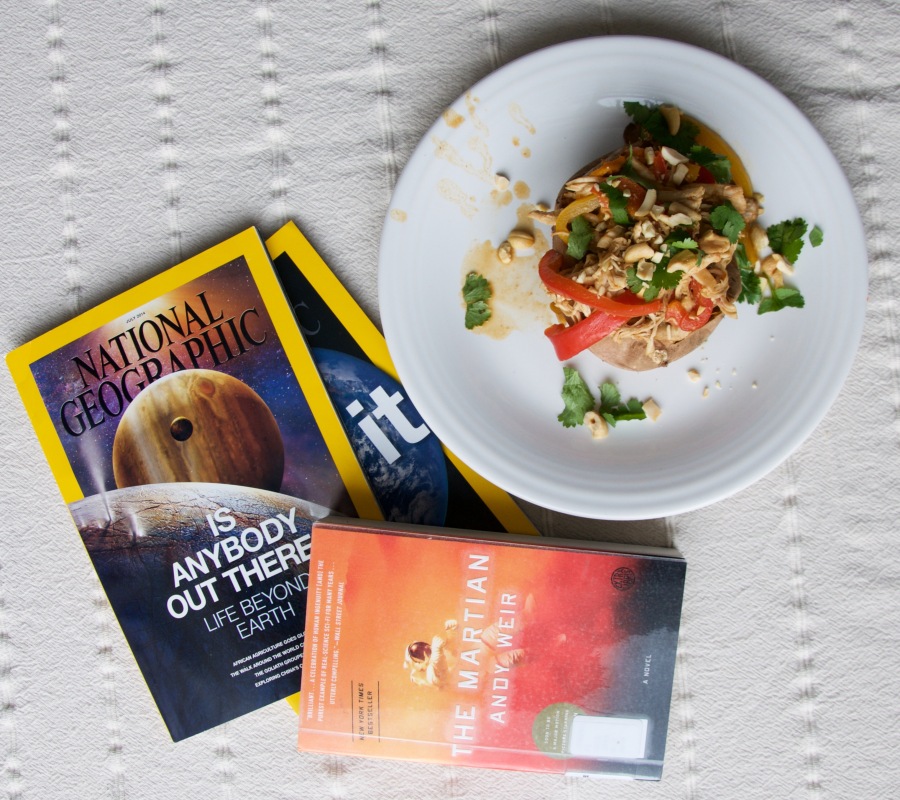 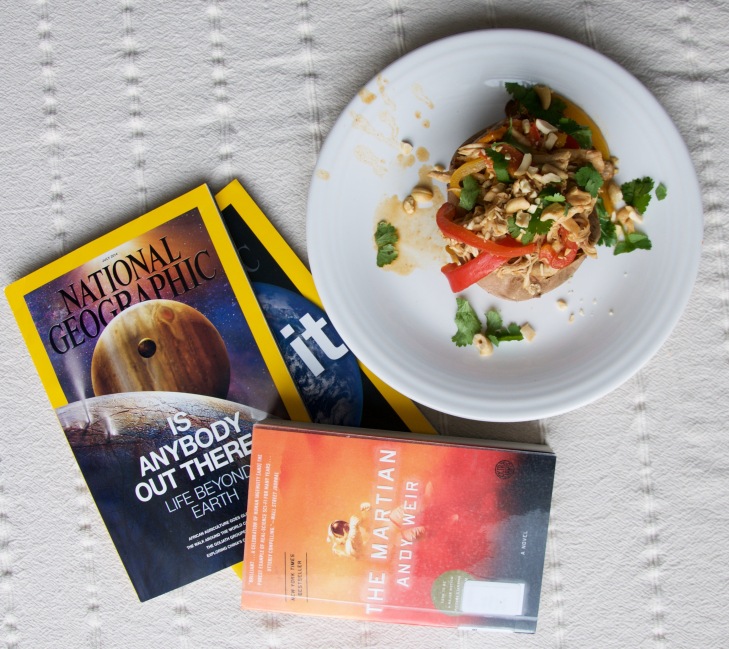 “I’ll spend the rest of the evening enjoying a potato. And by ‘enjoying’ I mean ‘hating so much I want to kill people.’”

Mark Watney has been abandoned on Mars. Accidentally. Now, he must figure out a way to survive for four years until the next NASA mission to Mars. Watney proves to be the McGyver of space, constantly rigging solutions to his increasingly deadly obstacles.

The book is told largely from Watney’s perspective through his Logs, which acts like a journal. About three pages in, I had the horrifying thought that I’d just started a nearly four hundred page book that would turn out to be a dull and depressing story of a lone man on Mars. Wrong. Watney’s humor and endless creativity, however, had me laughing and gawking. The science was explained thoroughly enough that I could appreciate the complexity of what Watney was doing, but simple enough that with my limited science background (uh-hum, none) I could get the gist of what was happening. I’m in awe that anyone, the author included, is clever enough to think up these problems and solutions. I would have been dead within the hour if I’d been the one left behind. Let’s face it. I wouldn’t have made it up there in the first place.

Spoilers begin here. You have been warned.

Watney’s most clever solution to a life-threatening problem:

After effectively turning the Hab into a hydrogen bomb, he figured out how to burn it off and preserve the potato plants. Granted, he blew up half the Hab in the process, but the fact that he figured it out blows my mind.

What did you think was his most clever solution?

3 thoughts on “Review: The Martian by Andy Weir”